Tonight is the battle of the K’s. Kershaw vs. Kennedy will kick off a four-game series at the Ravine. Neither Clayton nor Ian is up to the K-K-K-Kaliber of their Cy Young (and near Cy Young) seasons last year, but our K is getting there. Speaking of K’s, Matt Kemp and that wall have to stop meeting like that. He was downright loopy after that last collision. It’s amazing he didn’t have a concussion. You could see stars circling around his head. But he has the resilience of Wile E. Coyote, so he’ll probably be back in the lineup up before it’s actually healthy. Let’s hope he remembers how to hit when he does get back. They all seemed to be doing it yesterday (I mean, Grand Slam A.J.!), and the only way we can win this thing is by keeping that up. 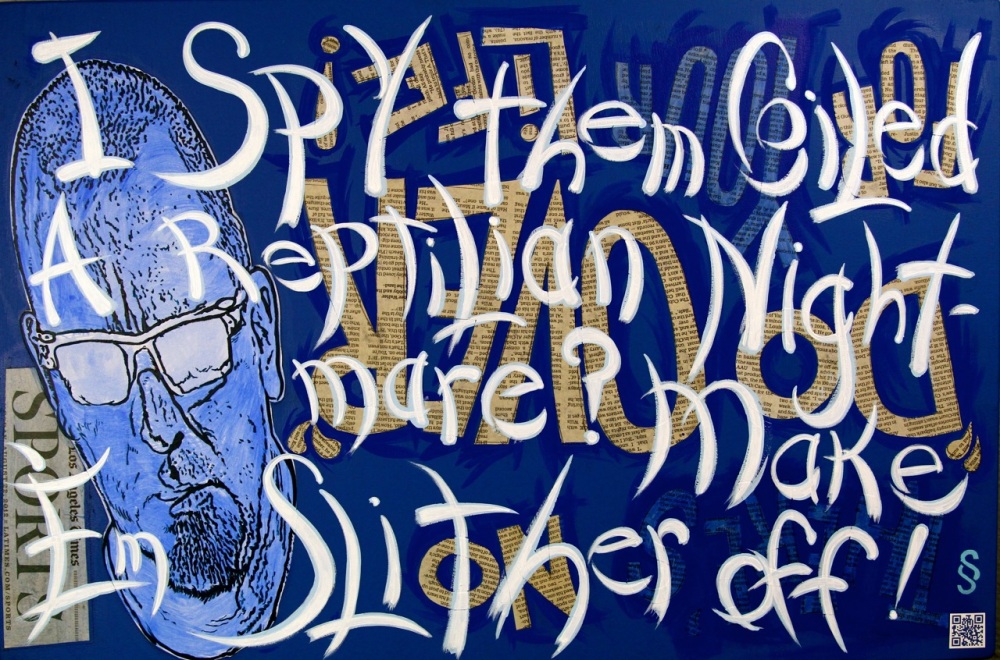 I Spy Them Coiled

I spy them coiled
A reptilian nightmare?
Make ’em slither off!

No do-over for life.